R1100DS In The Historic Mardin

Mehmet Bastas is owner of a very successful Turkish road construction company based in Mardin, in the south-east of Turkey. 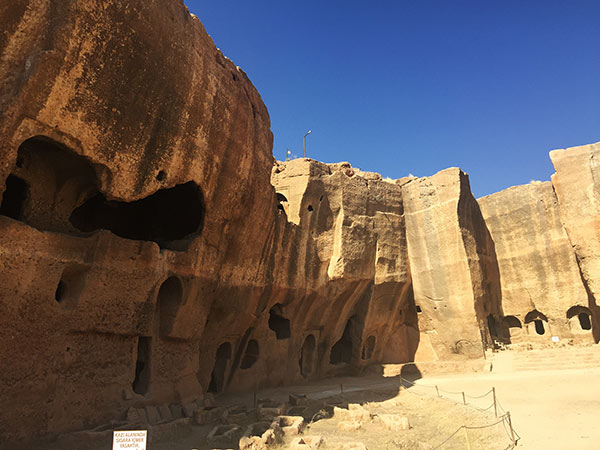 The ancient city is located about 20 km north of the border with Syria and not far from that to Iraq. The beautiful center, as well as the sights in the province of Mardin, show their special historical and cultural wealth, spared from any attacks or devastation. The ruins of Dara-Anastasiopolis, an East Roman fortress city, are still a symbol of the importance of this area in Late Antiquity.

The monastery Zafaran is another historical attraction of Mardin and has its origins as early as 2000 BC.


"The cultural and religious diversity in this area did really impress me. Thanks to our new customer Mehmet Bastas I gained an insight into this multi-religious part of Turkey. The co-existence is perfectly easy and the success of the company Bastaslar also shows that the economy is doing well, especially in regenerating and extending the infrastructure," says Wolfgang Kormann, who visited the new Rockster customer in Mardin.

Although Rockster's long-standing Turkish dealer Alfamobil has already sold many Rockster plants in Turkey, no Rockster crusher has worked in this area of Mesopotamia so far. Mehmet Bastas, owner of Bastaslar Insaat Ltd, discovered Rockster through Alfamobil and rented an R1100 impact crusher for his limestone quarry. After a month he was fully convinced of the machine, so he ordered a new impactor R1100DS this summer. 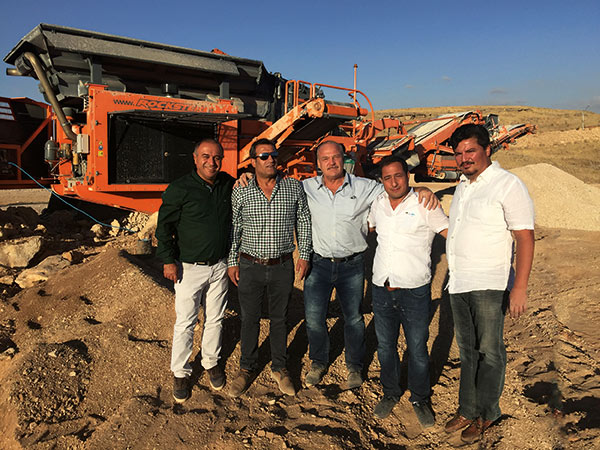 "The compactness and the simple transport have really impressed me. My operators like the easy handling of the new crusher and the quick set-up, the machine is put into operation within 10 minutes. Moreover, the overload protection of the crushing chamber is a very useful system, thus to avoid blockages and to improve the material flow," explains Mehmet Bastas, who has many years of experience with mobile crushing systems.

In the limestone quarry of Bastaslar, Rockster's R1100DS has been working since the beginning of September. Equipped with the screen box RS104 and the double-functional return / stockpile belt RB95 the machine crushes limestone with edge lengths of up to 700mm to 0-35mm final grain.

Mr. Bastas is satisfied: "With a daily output of approx. 2,000 tons, our daily needs are easily covered. We regularly use the pre-screening system in order to remove the sandy part and receive a very high-quality cubic final grain in one pass and thus the best base material for our road construction projects.”