In early 2020, Anton Sedlmaier GmbH, from Starnberg in Bavaria, decided to purchase the 30-tonne impact crusher R1000S. The first location is a large-scale project in the center of Tutzing, where a 6-story Roche Group company building was razed to the ground.

With a team of 30 people and 50 years of history, Anton Sedlmaier GmbH is a well-known address for any demolition and earthwork projects in the area of Starnberg and Munich. It is understandable that the Ehret & Klein planning
office turned to the processing specialist from Starnberg when awarding the project in the center of Tutzing.

The old Tutzing Era is coming to a closure

This interesting large-scale project concerns the demolition and preparation of the last Boehringer building in the center of Tutzing. The pharmaceutical company had shaped this part of Tutzing near the train station since the Second World War. After taking over Boehringer-Mannheim in early 1998, the Swiss Roche Group also continued to operate for a few years. Roche closed the plant 18 years ago, and subsequent attempts to revive it were unsuccessful. In 2019, the demolition of the last building was ordered and a completely new area with clinic and commercial real estate is to be built. 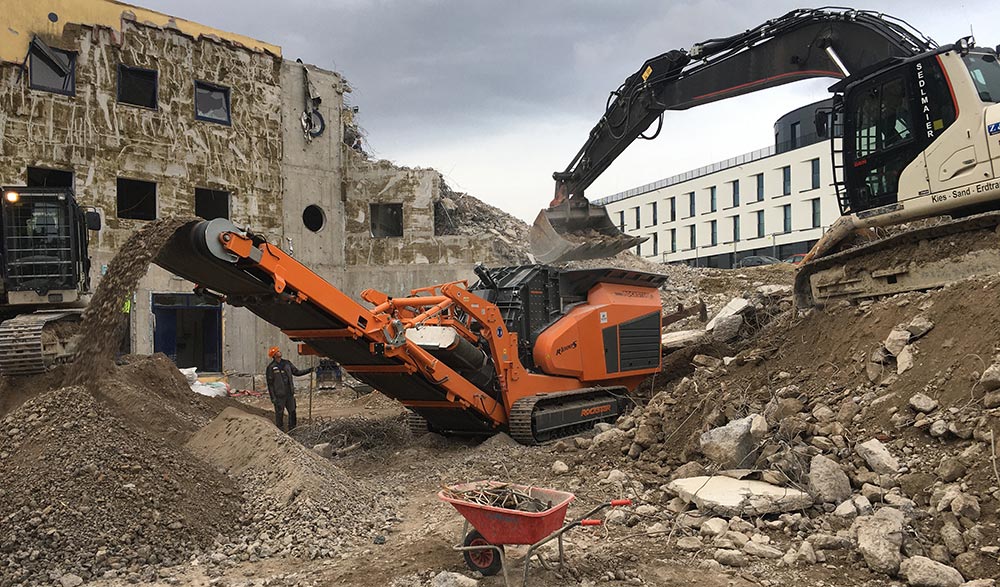 Until February of this year, Sedlmaier rented mobile crushers to process
the construction waste. The purchase of the track-mobile impact crusher Rockster R1000S with hydrostatic crusher drive and an inlet opening of 960 x 720 mm was an important step forward.

"Our machine operators are enthusiastic about the new mobile crusher, they praise the easy handling and the good accessibility for maintenance work. We are now much more flexible and efficient in processing
demolition debris and natural stone,” says Sedlmaier. 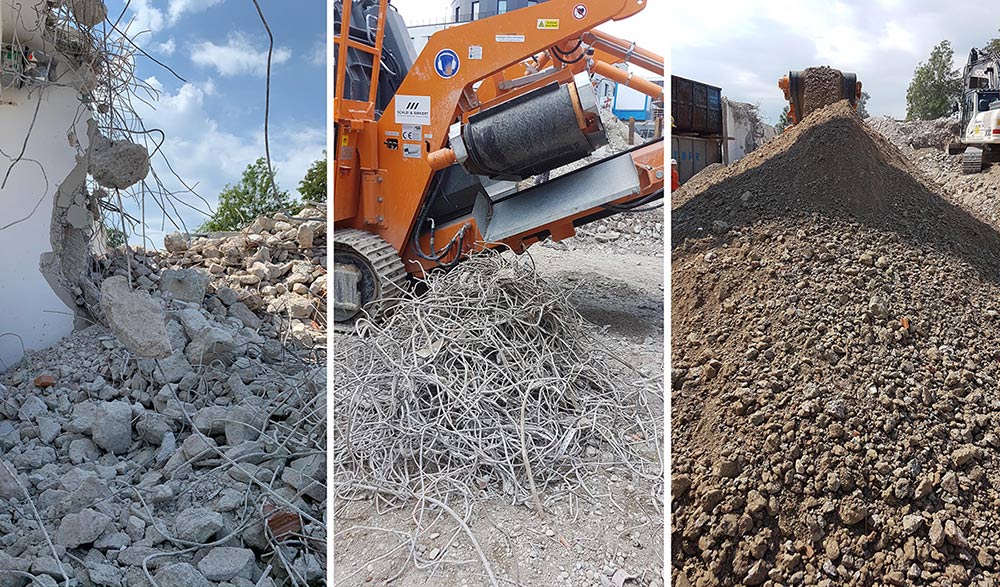 The Roche processing project is a test of toughness for the crusher. Sedlmaier's site manager Markus Falschlunger has now been in Tutzing for a year: "The challenge at this construction site is on one hand the strong reinforcement of the concrete - a lot of iron was used in the construction of the building - on the other hand we are right in the center of Tutzing, where we have to keep the noise level as low as possible. ” The standard and height-adjustable magnetic separator of the R1000S crusher proves to be a valuable aid in the removal of iron parts. 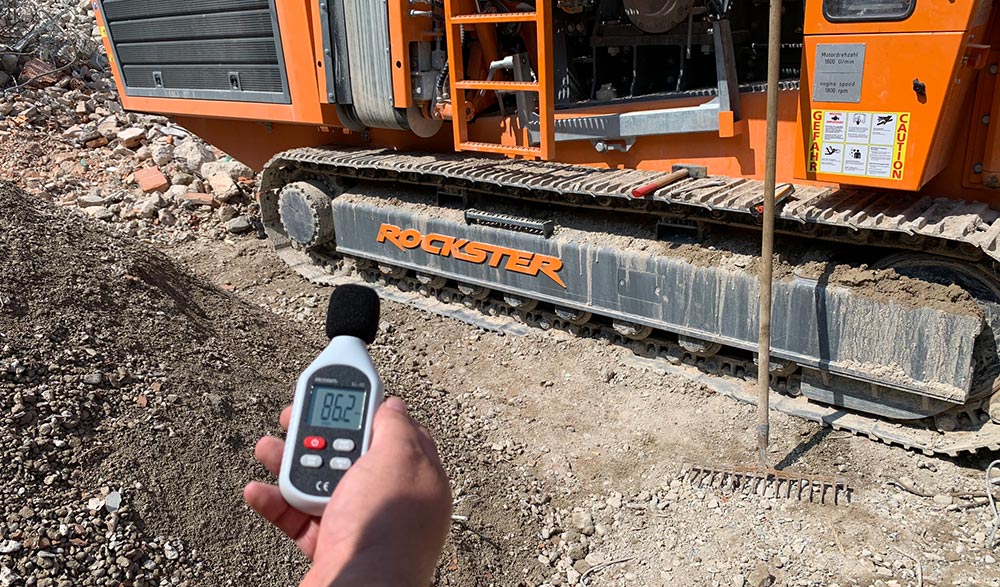 If necessary, the fine, earthy material is ejected with the hydraulically foldable side belt. “We mainly produce 0/50 mm final product, which is used for the substructure. Because the proportion of coarse and fine material is optimal, the recycled concrete is well suited for road construction since it forms a solid foundation,” says Falschlunger.

Machine operator Tobias Poschinger particularly praises the fully hydraulic crushing gap adjustment of the R1000S: "I can easily set the crushing gap on the display, it is quick and uncomplicated. I also think it's great that almost all the functions of the crusher can be controlled via remote control.”

Not only the crusher itself, but also customer support and after sales play a major role in the construction industry because downtime is simply too expensive. Thanks to Schlei & Birkert Aufbereitungsanlagen Service GmbH a Rockster dealer for Southern Germany, the Sedlmaier team feels to be in good hands.

„We can really turn to Schlei and his people at any time for questions and get competent information and support immediately. The training was excellent and the delivery of spare parts also works perfectly,” says Markus Falschlunger.

After the completion of the demolition debris crushing project in Tutzing, the crusher is transported to one of the two company-owned gravel quarries. Anton Sedlmaier is extremely satisfied: “The performance with this highly iron-reinforced concrete is very good. The crusher is compact and will also be of great support in the gravel quarry, where we want to crush granite to 0/16mm." 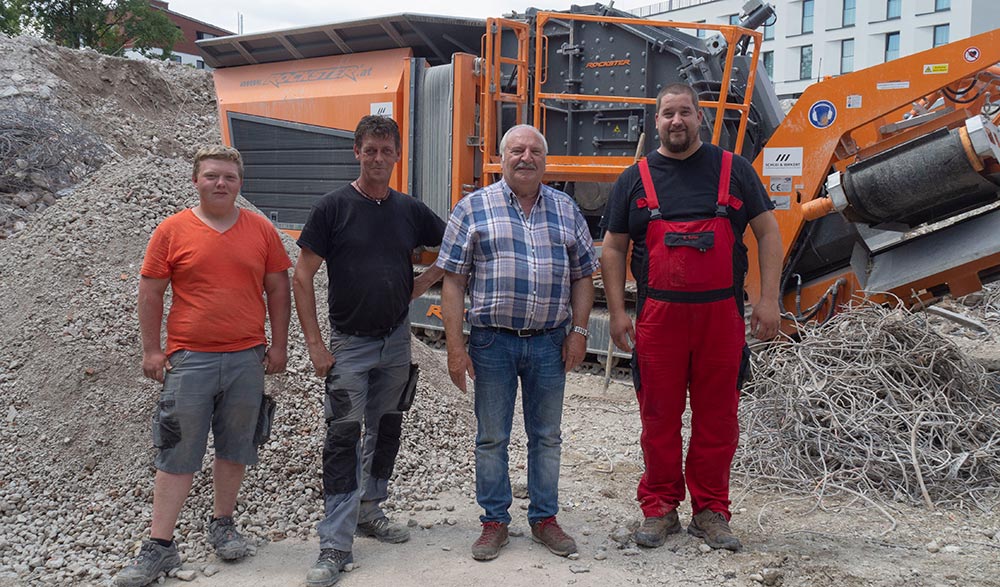 Rockster dealer Sandor Schlei adds: "With the Rockster impactor R1000S, our customer has purchased a very sophisticated machine. Whether for his Recycling projects or in his gravel works, he can easily transport the crusher and use it extremely versatile." 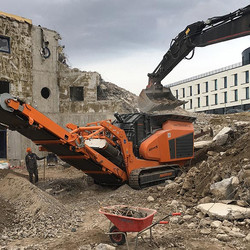 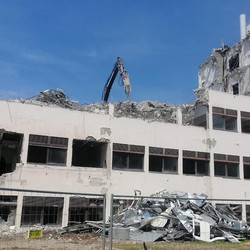 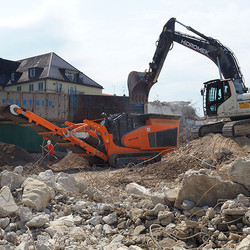 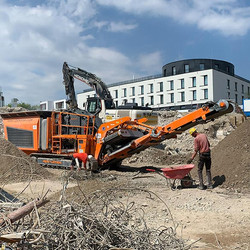 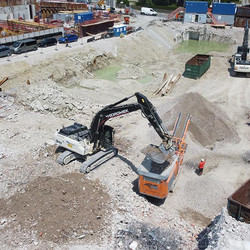 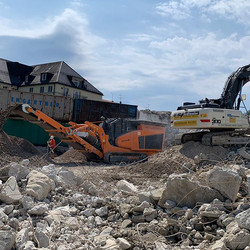 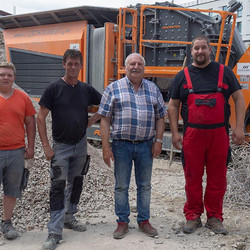 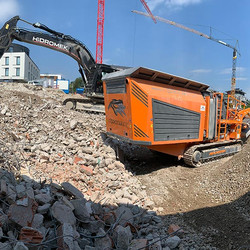 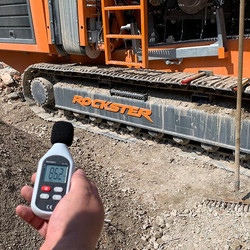 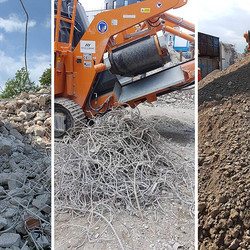