One of the buildings at a former Saint-Vincent-de-Paul hospital in the 14th district of Paris has been successfully demolished to make room for a temporary experiment in developing a future eco-district. Rockster’s R1000S track-mounted impactor has been chosen as on-site crusher to efficiently process construction and demolition waste. 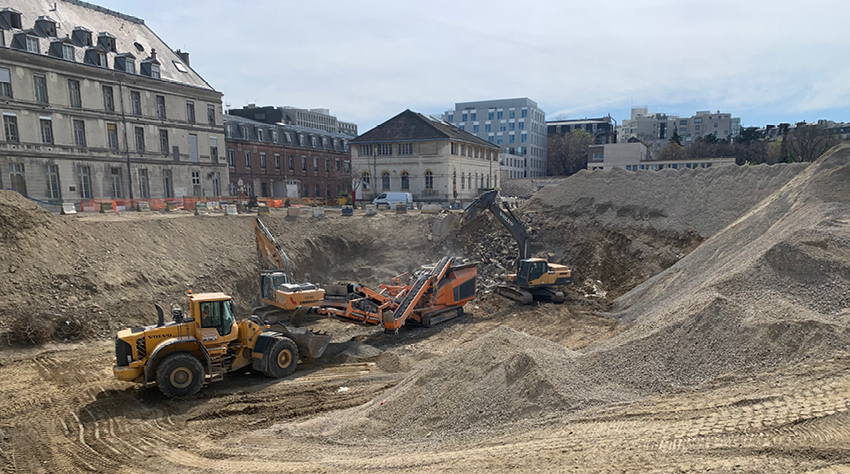 Built in 1800, the hospital complex of Saint-Vincent-de-Paul was known for being a hospice for abandoned and vulnerable children. It is now part of Paris’ history in rebuilding the way a neighborhood is structured. An ambitious project that started in 2015 by association Aurore, Plateau Urbain and Yes we Camp plans to leave 60% of the buildings in the complex untouched. On one side the architectural heritage will be preserved and on the other a room is left for ambitions project in how future urban development might look.

Rockster’s long-term partner KoncasToo is responsible for bringing the R1000S to a demolition site in the heart of the French capital. To conform the strict city regulations on dust and noise pollution, the R1000S has been chosen as a perfect fit to get the job done. 4000 tons of debris were crushed with ease down to 0-32mm end-material, which has been used in its entirety on the construction site premises for the purpose of building an eco-neighborhood. 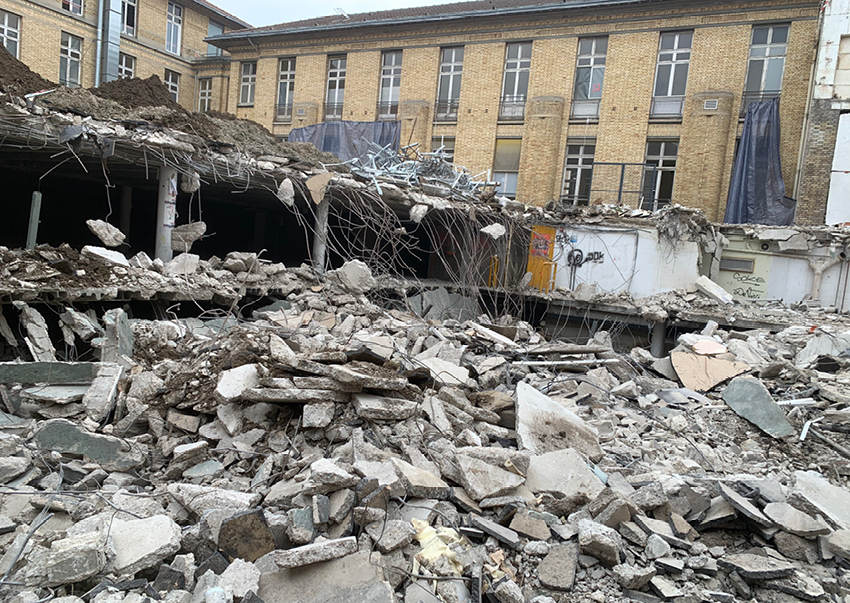 Fig. 2: Demolition area in the 14th Paris District where part of the Saint-Vincent-de-Paul Hospital once stood.


Because it simply does the job!

As one of the most versatile crushers on the market, R1000S is not only powerful but highly flexible. Track-mounted impactor is easily moved on the premises of the demolition site and equally so transported from one project to another. “Loading and unloading is fast and no extra transport permits are needed. This means that the crusher can be put to work rather quickly, and this is a huge advantage for our customers. As far as crushing goes, it simply gets the job done.” says Grant Johnsonn from KoncassToo.

“Loading and unloading is fast and no extra transport permits are needed. This means that the crusher can be put to work rather quickly, and this is a huge advantage for our customers. As far as crushing goes, it simply gets the job done.” says Grant Johnsonn from KoncassToo. 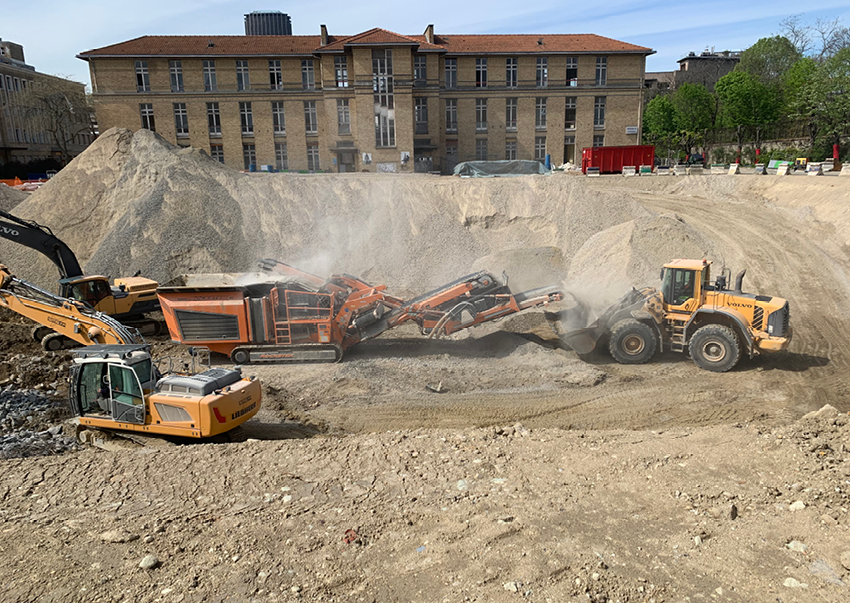 Clean end-product in one pass

The All-in-One crusher is designed to undertake a variety of jobs regardless of if it’s recycling of concrete, asphalt, demolition debris or processing of natural stone. It comes with a powerful circular vibrating screen and return belt that can be swiveled to the side for production of a second end-product. Additionally, a vertically adjustable magnetic separator prevents any blockages while removing iron from the crushed material and built-on Air Blower ensures efficient removal of light non-aggregates, such as Styrofoam, plaster, wood parts, textile, and similar from the crushed product. It is an invaluable asset for any demolition site when it comes to efficiency. Crushing, screening, removal of iron as well as removal of light non-aggregates all in one flow makes this crusher a truly All-in-One beast for production of best possible and most valuable clean end-material.