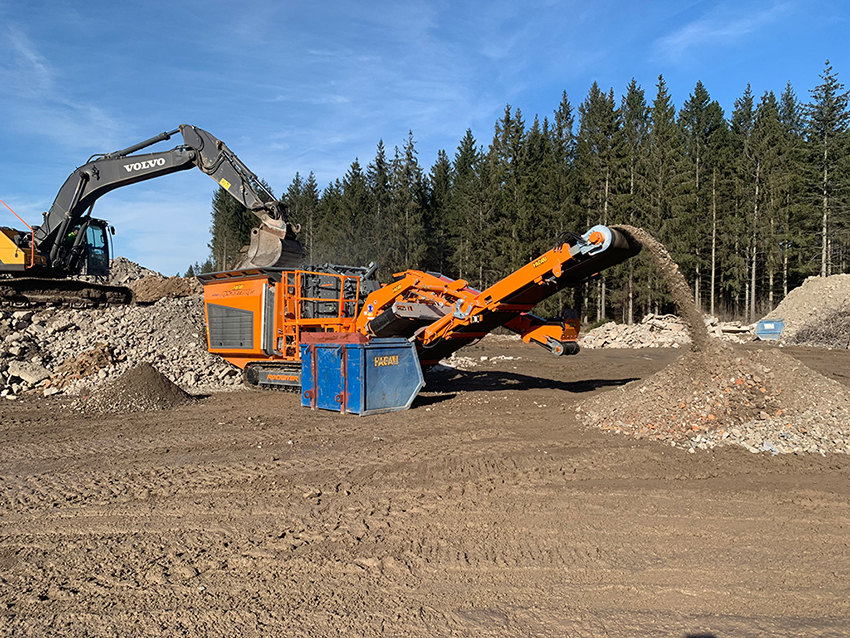 For the past 25 years, Haga R.O.T. Service AB has been a specialist in heavy demolition, decontamination, and recycling whose rock-solid reputation has been steadily growing. Located in the southern part of Sweden, approximately 160km southwest of capitol Stockholm, Haga R.O.T. has its offices in both Norrköping and Linköping. 70 hardworking employees keep the company on the right track, which simply means – moving forward efficiently. Regardless of the size of the project, each one receives proper care and attention with a high level of professionalism. Besides heavy demolition, Haga R.O.T. also does contract crushing of asphalt and concrete as well as recycling in their newly opened recycling center in Norsholm, just outside of Norrköping. The owner John Torsell saw a Rockster R1000S impactor on site in Austria and was immediately convinced that the crusher is the right one for a diverse range of projects. 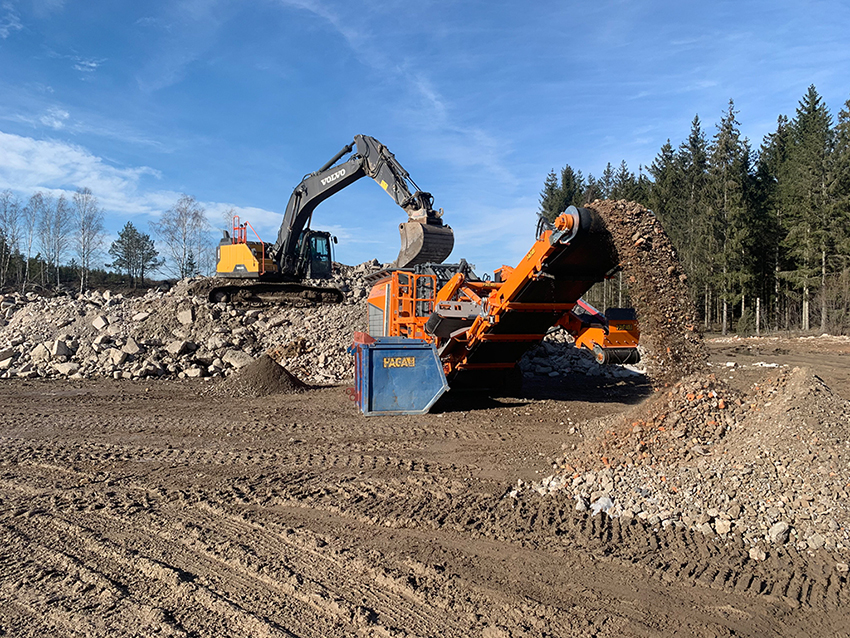 Rockster's Swedish Sales Partner Niklas Johansson of Biocare Svenska AB, has introduced Rockster mobile crushers to Haga R.O.T. with a lot of success. The company has been in the crushing business since 2008 and during this time they have acquired a valuable knowledge in terms of what works and what doesn`t when it comes to mobile crushers. Both Haga R.O.T. and Biocare Svenska have a long history of working together.

„There is a developed trust between Haga and us. They know that they can rely on our top-quality service and support as well as our expertise on how to process materials. One of the reasons why they chose Rockster R1000S is because of our ability to provide fast and efficient supply of spare and wear parts”, says Niklas Johannson. "Major benefit with Rockster R1000S is that it does not require any transport permits and because of its compact size under 35 tonnes, it is extremely mobile" says Johansson. 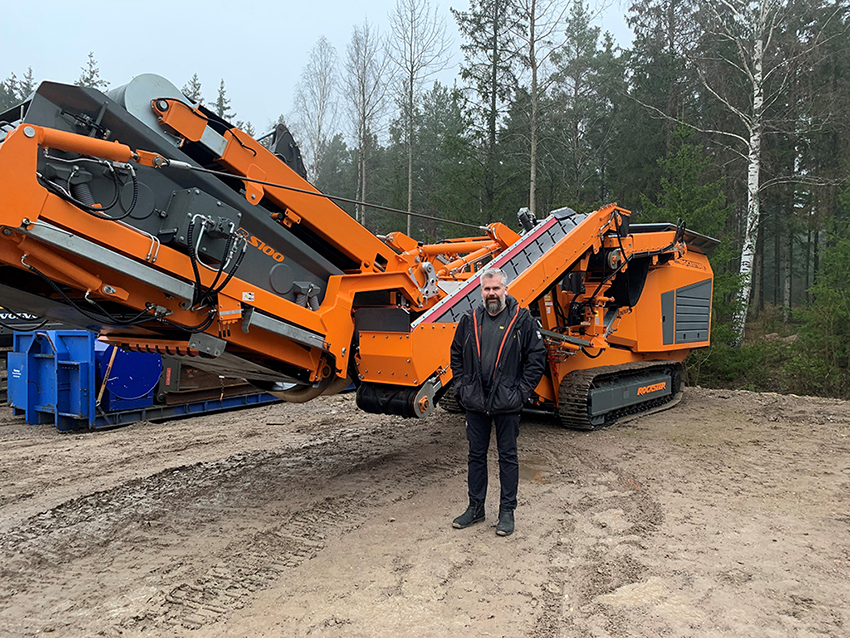 
Because the ecological footprint matters

Östergötland is where Haga R.O.T. does majority of their business, however they are active throughout the entire country, and keeping the ecological footprint to a minimum is of outmost importance. R1000S with the latest CAT Stage V engine is the optimal addition to their machine fleet but more importantly to their philosophy. The Rockster crusher is equipped with C9.3B – the latest emission technology engine from Caterpillar and the crusher is powered through a hydrostatic drive. This type of drive, in comparison to diesel-electric, ensures a constant crushing performance as well as reduced diesel consumption.

In addition, the crusher is equipped with a RVB1700 Air Blower that blows away light non-aggregates such as plastic, textile, polystyrene, wood parts, ytong and similar materials, which results in higher quality valuable final product.

R1000S at Haga R.O.T. is mainly used at demolition sites for recycling of construction waste, which is either reused on site or sold for other projects. Construction waste often involves large amounts of reinforced concrete. As part of the standard equipment on R1000S is a vertically adjustable magnetic separator, which efficiently removes steel from the crushed concrete that results in cleaner and more valuable final product. The construction waste is crushed down to 0-80mm or 0-100mm.